World of Warcraft: How to make more benefits through Impressive Influence buff 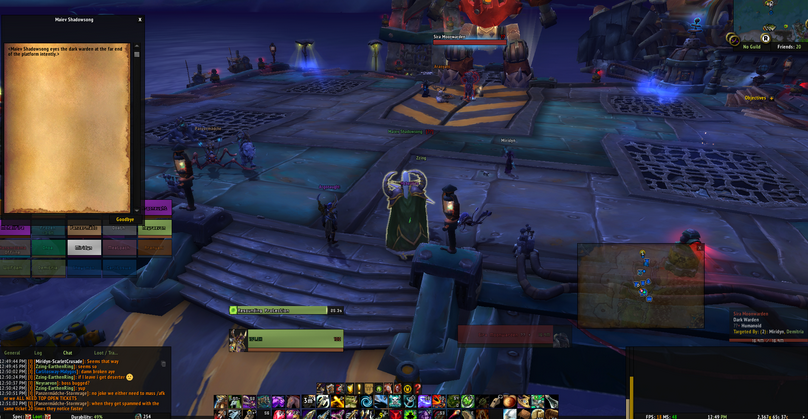 In about two months, the Shadowlands expansion of World of Warcraft will be officially released. Players must complete them in the remaining time before the contents of Battle for Azeroth disappear completely. Some players think that the current endgame event will soon become obsolete and choose to take a break, so Blizzard chose to introduce Impressive Influence buff during this period of time to arouse players' enthusiasm for the game.

The duration of Impressive Influence is a full month. During this month, players' reputation from most Legions and BfA factions will directly double. Players can not only unlock allied races such as Vulpera through a higher reputation, but also earn more Cheap WOW Classic Gold and accessories.

Emissary Quests
Since World of Warcraft first implemented the World Quest system in Legion Expansion, players can execute 3 emissary quests at the same time each time. Generally speaking, every time a player delivers an emissary quest, they can get 1500 reputation rewards, and the role of Impressive Influence can make players of a particular faction get 3000 reputation rewards. In addition to other reputation gained in the process of completing quests, players can get a total of 3500-4000 reputation. It is worth noting that it only takes a few minutes to complete various quests, so emissary quests are of great value to players.

7th Legion/The Honorbound
Horde players can earn Honorbound faction reputation by completing World Quests in Kul Tiras. Accordingly, Alliance players can also gain reputation of 7th Legion by completing World Quests in Zandalar. Under normal circumstances, players will not do this, because the efficiency is very low. But the emergence of Impressive Influence means that players can now get a paragon cache every 2 to 4 days, so it is feasible to accumulate reputation through this method. What's more exciting is that daily assaults in a specific area can enable players to obtain 1750 reputation rewards in two factions at the same time, and it does not take too long.

Legion Reputation Insignias
If you have ever played World of Warcraft: Legion, you should have an army of alt characters, and these followers have very good gears. Players can send these followers out and perform tasks to win rich rewards such as reputation insignias of different factions. Under the influence of Impressive Influence buff, the reputation rewards that players get from these tasks will also increase. It is worth noting that if the player's reputation in a certain faction is exalted, the tokens the player will later obtain will be converted into account-wide. This means that players can gather these tokens into a character's package and use them to get more paragon caches than usual. Players only need to spend hundreds of gold each time they switch roles to achieve this goal.

If you are playing World of Warcraft Classic, it does not matter, because you can also profit from the high-quality services provided by MMOWTS. As the most important universal currency in the game, WOW Classic Gold is very lacking in every player. However, the products sold by MMOWTS solve this problem. Any server player can buy WOW Classic Gold For Sale on the market from MMOWTS. Their 24-hour online customer service will answer difficult questions for you.